Showing posts from August, 2011
Show all

Why my GF so EPIC? 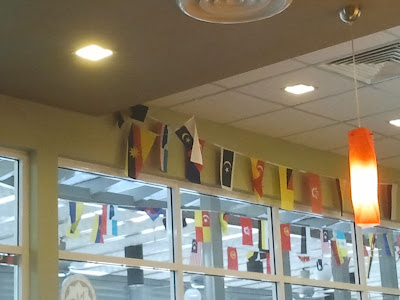 This is a story happened right after I passed up my FYP. Me and my gf wanted to go watch Rise of the Planet of the Apes. Before we went o Jusco we wanna grab something for lunch and so we went to McD. We ordered something to eat and after we finished we chill out abit and started to look around the current design of McD. We realized McD hung the Malaysia's states' flag as decoration recently. We had a little discussion on the flags and then we come across this flag (the curled up 1): I told my gf Kuala Lumpur's flag look very alike to Jalur Gemilang..then she say:" is that (the curled up flag shown above) the kuala lumpur's flag?" As a matter of fact, I also forgot that flag is which state's already. So i told her I'm not sure also. After like 3 minutes, while I'm still looking around, I saw something weird over the road...something...familiar...something like.....THIS: By the way, the blue-roofed building is Majlis Bandaraya Melaka Be
Post a Comment
Read more